Birth of a New Age
Culmination of the Human Experience 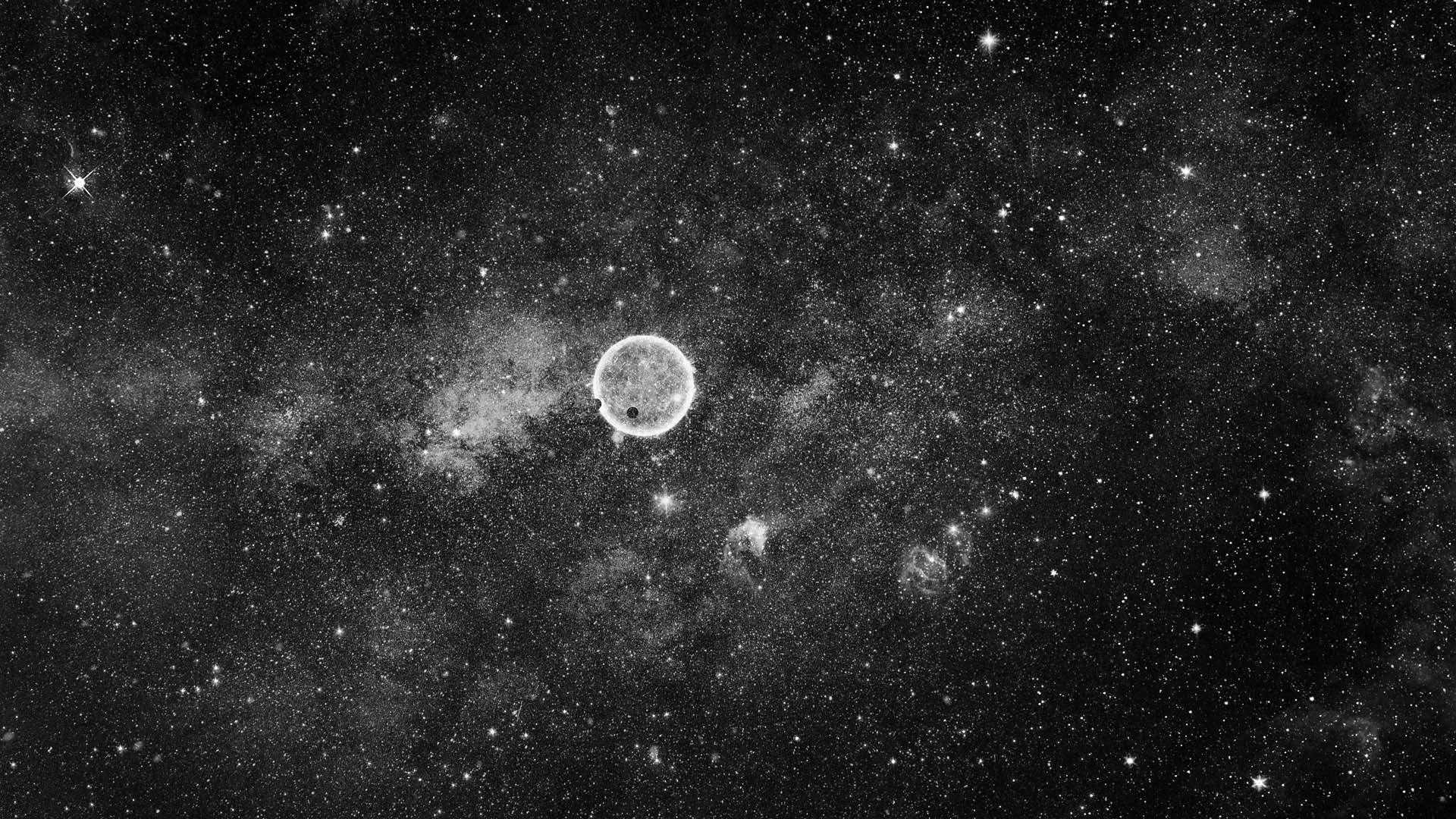 PREVIOUS | ARMAGEDDON: RETURN of the CHRIST

Birth of a New Age

The appearance of God’s kingdom has long been anticipated through human history. Scripture offers glimpses of a new reality, a glorious future that can be hard to imagine in our current state. For those of us who set our hearts on the one true King, what will life and our physical bodies be like after the Lord Jesus lifts the curse over creation, restores “all things”, and brings about a new cosmos? It’s an incredible thought, but soon to be a literal reality beyond anything we have imagined. It’s nothing less than the fulfilment of the Lord’s prayer: “Your kingdom come. Your will be done on earth as it is in heaven.”

“And the LORD shall be King over all the earth. In that day it shall be “The LORD is one,” And His name one.”

“Now I saw a new heaven and a new earth, for the first heaven and the first earth had passed away. Also there was no more sea.”

It’s difficult to grasp the magnitude of transformation that will take place. The fabric of space–time will be torn open at the permanent revealing of Christ and the realities of the spirit realm, transforming every aspect of our current existence. God will be at the centre of His creation once again, bringing about a new level of unity that both God and mankind have longed for. It will complete the love story written by life’s Author long ago, anchored in Jesus’ sacrifice and forever captivating the hearts of those who believed and followed Him.

“And I heard a loud voice from heaven saying, “Behold, the tabernacle [habitation] of God is with men, and He will dwell with them, and they shall be His people. God Himself will be with them and be their God. And God will wipe away every tear from their eyes; there shall be no more death, nor sorrow, nor crying. There shall be no more pain, for the former things have passed away.” Then He who sat on the throne said, “Behold, I make all things new.” And He said to me, “Write, for these words are true and faithful.”

The fear of death will itself finally be defeated as God’s promises materialize through the resurrection of His people to eternal life. This is “the adoption, the redemption of our body”, as the apostle Paul tells the believers in Rome (Romans 8:23). To the Corinthians, he writes, “but we shall all be changed . . . . For this corruptible must put on incorruption, and this mortal must put on immortality” (1 Corinthians 15:51-53). Our resurrected bodies will no longer be subject to the limitations of the natural laws of the universe as we’ve known them but be brought into a higher plane of existence, having capabilities that can only be imagined. As recorded in Scripture, the first experience includes flying into the clouds, as the dead in Christ together with those who are alive and remain are “caught up” to meet a returning Jesus in the air (1 Thessalonians 4:16-18). It will be the best of life, immeasurably amplified, forever increasing.

However, getting from here to there will be fraught with challenges, increasingly so as the time approaches. This is because, from God’s point of view, the first priority is not the restoration of the outward world that has become subject to death and decay (our bodies included) but the renewal of our inward character and the spirit of our mind, in partnership with Him as we currently live.

Thus each new challenge is an opportunity for the maturing of the new life birthed within us when we first yield to Christ. This is what Scripture refers to as the “new man”, born of the Holy Spirit, of incorruptible seed. Beginning as a babe, the new person must be nurtured to overcome and displace the old and corrupted, who is marked for death. The new man does not violate our unique personality but fulfils it as the truest expression of our God-given identity. As we take up our cross and follow Christ’s example, our lives should be used to help others and to declare the gospel of the kingdom. It’s our journey in this fallen world, as an important aspect of God’s divine plan, that prepares us for such an incredible future. Heat is used to purify gold, and so this world’s flames will “refine, purify, and make spotless” those who are “called, chosen, and faithful” – to Him. For some, there are dark times ahead with no apparent hope on the horizon; for others, the world’s tribulations will be recognized for what they are: birth pangs signalling the glorious age to come.

“But the saints of the Most High shall receive the kingdom, and possess the kingdom forever, even forever and ever.”

Culmination of the Human Experience

In the beginning, God created the heavens and the earth, the sea, and all that is in them, and He saw that it was good. He made mankind special from all other creation and had a very close relationship with the first man, Adam, and his wife, Eve. In His love, He allowed Adam and Eve the free will to choose their own path, even if their choice led them away from Him. Instead of trusting only God’s voice, they were swayed by the voice of deception, leading to sin, the fall of mankind, and ultimately death.

Original sin enslaved humanity under a curse that overshadowed every aspect of life. Under the reign of sin and death, the distance between man and God only continued to grow. Selfish ambitions, lusts of gratification, and quests for power took hold, being amplified from kingdom to kingdom and generation to generation with devastating results. In time, the history of mankind would testify to man’s inability to govern himself without corruption, subjugation, and ultimately self-destruction.

Fast-forward to the current age, and the nature of humanity has not changed – except now, the same fallen, depraved nature is capable of coordinating evil on a global scale. This is prophesied to result in a new level of tyranny for most of the human race. On our current trajectory, multitudes are headed for destruction, having dismissed God and allowed themselves to be blinded to the unavoidable reality of death as the fruit of sin. Hope is a deceit. Even the best-lived or most successful life in worldly terms will meet the same end. And under the veneer of humanism, there remains no justice for the truly oppressed. Sorrow, pain, and suffering are set to increase.

In spite of everything, the gospel of the kingdom offers another perspective, from the creator of space and time who inhabits eternity. The living God declares that mankind can be restored, “born again”, and that this process can begin individually right now. Jesus Christ, the one and only true king, has become our ransom and paid for our sins. He calls us to become a new creation inwardly now, and when He returns He will restore “all things”, bringing justice and punishing evil (Psalm 89:14).

The kingdom of God is not only inevitable; it is without doubt humanity’s only hope. It will be the culmination of the human experience – Jesus and those whom He created and who love Him, residing in a restored realm together. Having lived in a fallen world, they will now have an infinitely richer perspective of who Jesus is and a fuller understanding of how much God loves every single person. The Father will rejoice as His sons and daughters are reunited with Him, joined to Christ as His bride forever, this time under His perfect rulership, our sinful nature having been replaced with righteousness.

In the end, God will restore all things, and He will say that it is great. He will restore and immeasurably enhance what was lost to mankind and allow us to see the depth of His love, face to face. He will bring heaven down to earth and dwell with us once again, having permanently removed the curse and the barrier that sin once produced. His people will inherit all things and He will be their God.

These words can be trusted, because they are faithful and true. In God’s economy it’s already done, but it is not yet fully revealed. We’ve heard the saying that in this world there are two certainties: death and taxes. Rest assured that until the end of the age there will be taxes, but God has decreed that during His reign, the death that has plagued mankind since Adam is no longer certain.

“But now Christ is risen from the dead, and has become the firstfruits of those who have fallen asleep. For since by man came death, by Man also came the resurrection of the dead. For as in Adam all die, even so in Christ all shall be made alive. But each one in his own order: Christ the firstfruits, afterward those who are Christ’s at His coming. Then comes the end, when He delivers the kingdom to God the Father, when He puts an end to all rule and all authority and power. For He must reign till He has put all enemies under His feet. The last enemy that will be destroyed is death”.

FIND OUT MORE | CONTACT US
END X
Welcome to the show
This website outlines the major topics covered in the live presentation, Armageddon: Return of the Christ which is currently in development.
If you are skilled in multimedia, web administration or design and would be interested in helping out, please use our contact page as we would love to hear from you.